How to advertise FMCG products? Banners, shopping list prompts, text ads, or maybe ad insert? These are only a few of the available advertising formats for the FMCG brands.

In March 2020, Frosta chose the shopping app Listonic to showcase its frozen products. In the campaign, the brand highlighted the high quality of its products. The banners featured fish sticks, mexican chicken, noodles, and fish. Additionally, the banners were supplemented with a button to add the advertised product to the shopping lists and a.text ad on shopping lists. 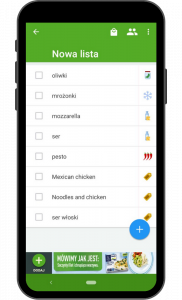 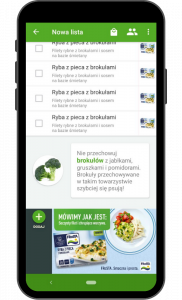 From February to the end of March, the Hortex brand promoted its products in Listonic. The banners featured prepared soups and frozen vegetables. In its campaign, Hortex used a banner with a button to add products directly to the shopping list, a banner presenting the product in the store flyer section of the app, and native formats: text links & product suggestions. Such a wide range of ways to promote the brand helped us reach thousands of Listonic app users. The use of ALT banners and native formats made it also possible to estimate sales conversion. During the campaign, the presence of Hortex products on shopping lists increased by 129%, while the whole category grew by 55%.

Both Frosta and Hortex brands took advantage of the trend of planning purchases more carefully at the onset of the pandemic. The frozen food category grew in March. These companies aimed to generate increases in planned purchases for their brands’ products, which proved to be very effective. 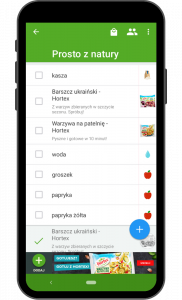 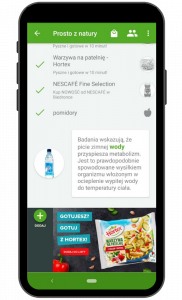 In April, Winiary (a local brand of Nestle) presented a campaign “The simplest way to make a good broth”. The promotion was carried out in the Listonic shopping app using a banner with a button to add the product to lists and another one presenting the offer in the store flyer section of the application. 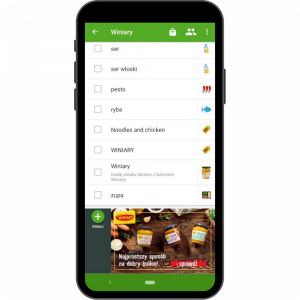 For a period of 2 weeks in April, the shopping app Listonic carried out a marketing campaign for Wedel under the slogan “E. Wedel – Delight in Chocolate for Christmas”. Listonic Ads promoted the Polish brand with banners with a button enabling adding the advertised product to shopping lists, a banner that appeared in the store flyer section of the app and text ads. 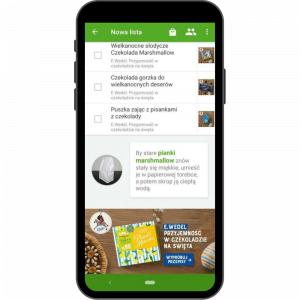 In the festive month of April, advertising options of Listonic were also used by the Sokołów brand with the slogan “Easter full of flavours”. The aim of the campaign was to increase recognition and appearance on shopping lists of a relatively new brand of naturally cured meats with good ingredients. The campaign page directed users to information about good ingredients, without preservatives and enhancers. The brand presented the best white sausages and hams for the holiday season. Sokołów used in its promotion:

In this way,  the Sokołów products started to appear on shopping lists more than twice as often than before the campaign. 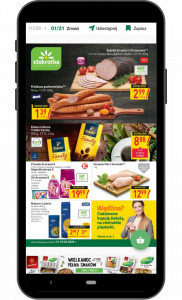 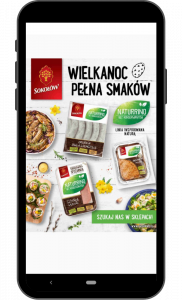 The pre-Christmas period is a special marketing time for Cukier Królewski sugar (a brand of Südzucker Group). The brand wished everyone a happy Christmas in Moja Gazetka using a full-screen ad insert. The banner appeared in the store flyer section of selected retail chains. 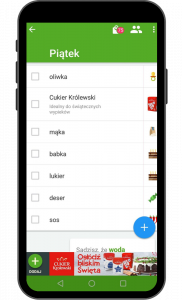 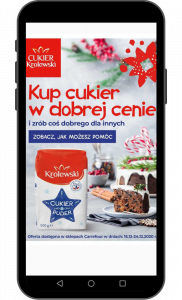 Just before Christmas, a German brand Haribo started advertising on shopping lists and in Moja Gazetka. As Haribo sweets are strictly impulse buys, the brand aimed to get customers used to planning their Haribo and Maoam purchases. The banners with the button to add products to shopping lists resulted in huge increases in the appearance of Haribo products on shopping lists. They started to appear in lists over 10 times more often than before the ad campaign. The image was supplemented with adverts in the grocery stores’ flyers and banners displayed to users browsing promotional offers of retail chains. 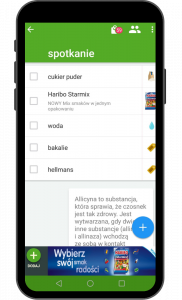 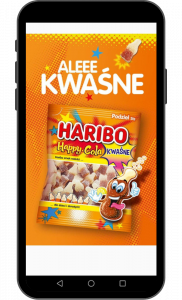