Undoubtedly, the range of vegan products available on store shelves is expanding every year. More and more alternatives to meat or plant-based dairy are coming, which definitely translates to their presence on shopping lists. Our user planned to purchase plant-based products on average 37% more often in this half of the year compared to the same period in 2020.

The report “Vegetarians and carnivores under the magnifying glass!” shows that already over 20% of Poles are vegan or vegetarian. Every year more and more people consciously limit their meat intake or give it up altogether.

To illustrate the growth in interest in animal product substitutes in general, we decided to analyze the data quarterly – from the last quarter of 2019. 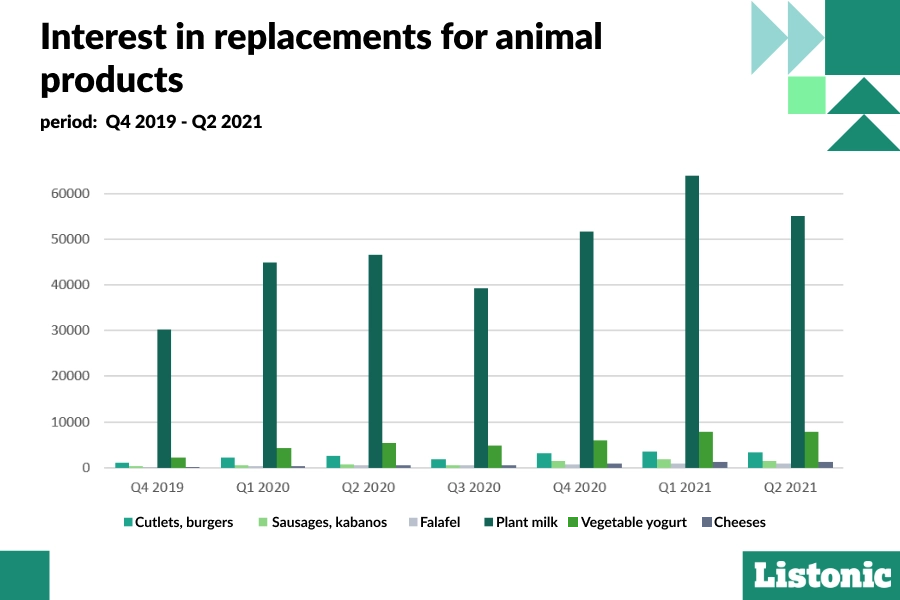 Looking at the data in the chart, we can clearly see a significant increase in interest in plant-based substitutes for zoonotic products that continues year after year. However, this increase is not permanent. In the third quarter of 2020, we can see a clear decline in the addition of these goods to Listonic shopping lists. One of the key factors that may have contributed to the decline in popularity of the substitutes analyzed is nothing more than the return of austerity and the intuitive need to reduce spending during the crisis.

In the last quarter of 2020, the number of people interested in plant-based substitutes again increased significantly, and the analyzed product groups reached their peak of popularity in the first quarter of 2021. From April to July 2021, we again see declines, but when we compare this period to the same period in 2020, there are clear differences.

What alternatives do Poles choose most often?

Undoubtedly, plant milks are the most popular product among all those analyzed. Yogurts are second on the podium, followed by meatless chops and burgers.

Over the past six months, we saw the biggest increases among vegan cheeses, which were added to shopping lists almost 3 times more often (+180%) than in 2020. The number of people interested in sausages and vegetable sausages (+134. 46%) and falafel (+126. 66%) also increased. 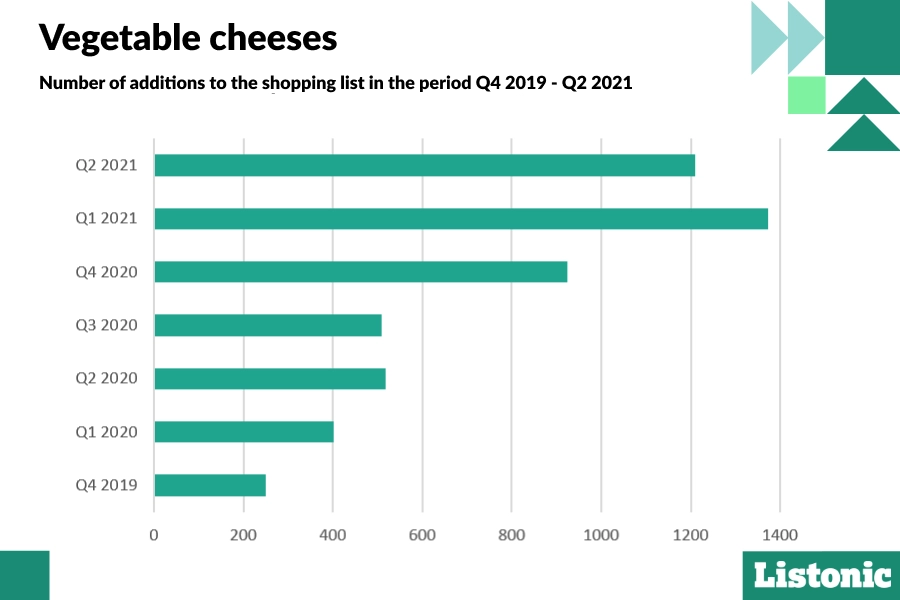 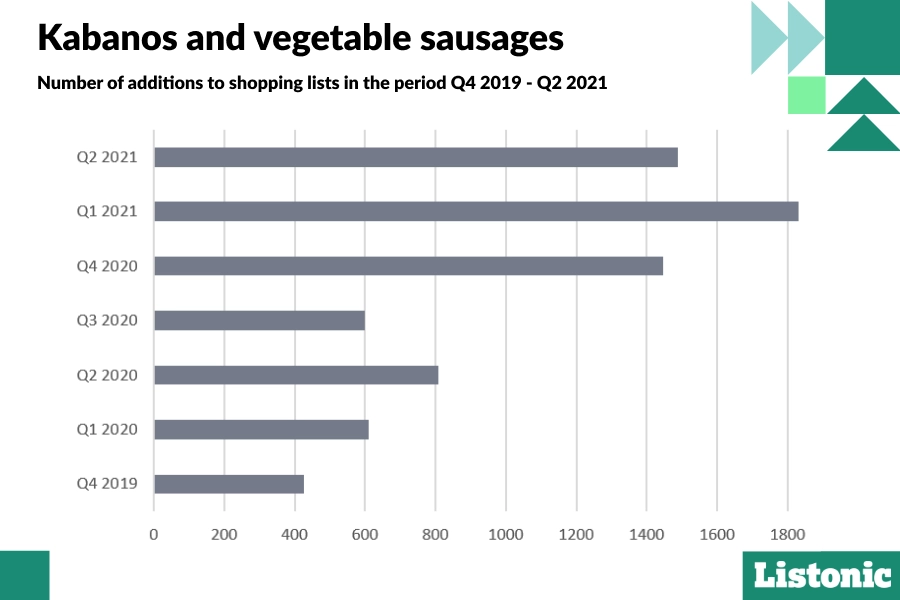 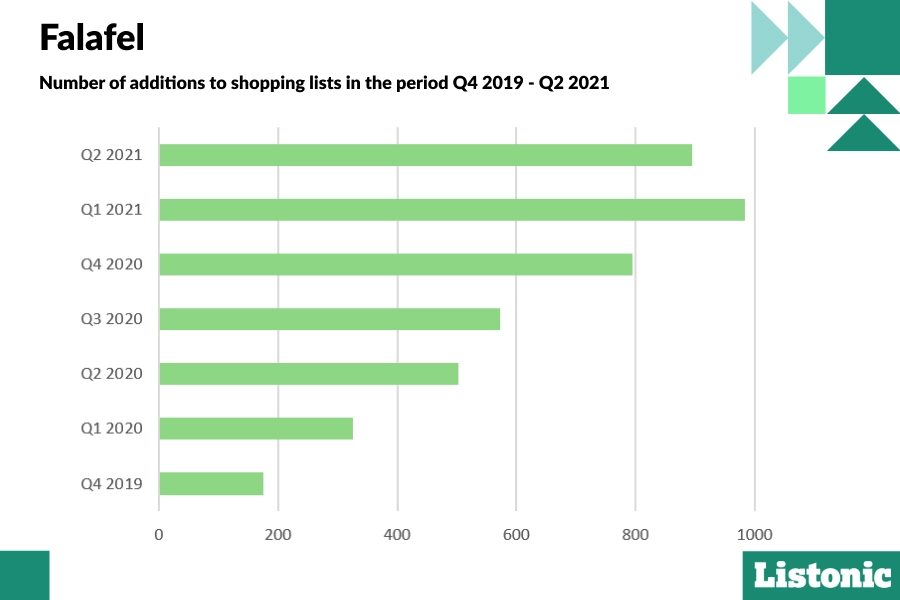 Considering the steady growth of interest in meat-free products and plant-based dairy, it’s definitely not a passing fad. As the data presented shows, consciously limiting meat consumption is becoming an everyday reality for many of us, and vegetarian and vegan products are becoming increasingly common on shopping lists.

The growing popularity of plant-based products has not escaped the attention of producers of these goods, who have decided to fight for consumer attention. Some of them use Listonic advertising potential in their campaigns. Banners displayed on shopping lists feature, among others, creatives of Alpro, The Vegetarian Butcher and Garden Gourmet brands.

“Delicious for you, good for the planet” is this year’s advertising slogan of the Alpro brand, which decided to promote its plant-based milks in Listonic. 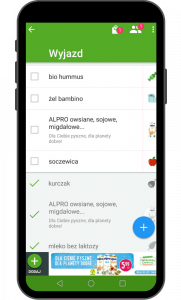 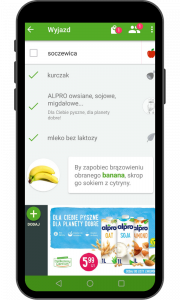 Garden Gourmet, one of the many brands owned by Nestlé, has set its sights on advertising its burgers and plant-based meatballs. She encouraged people to add the advertised goods to their shopping lists with the slogan “Meatless cuisine is sensational”. 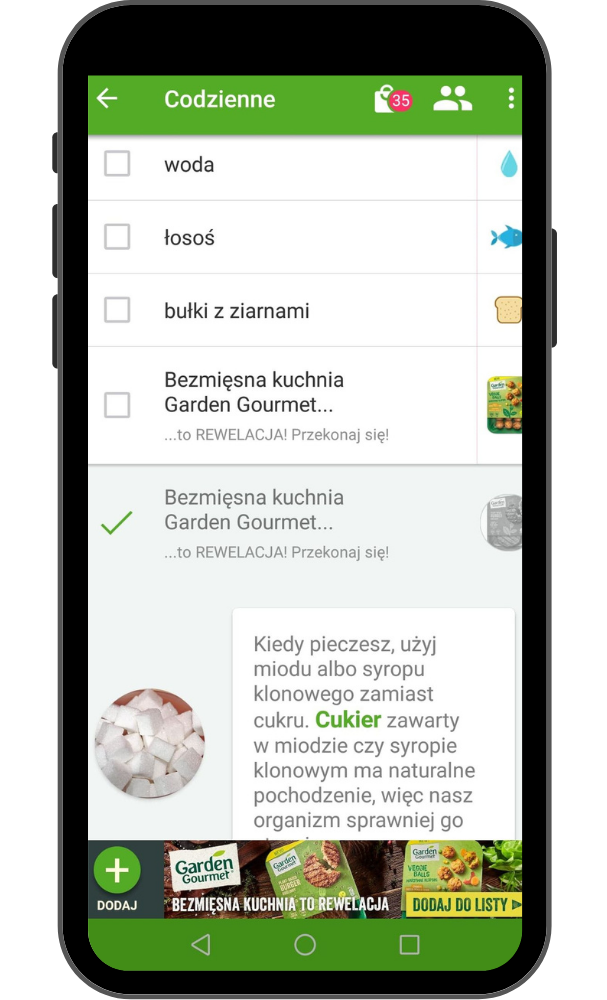 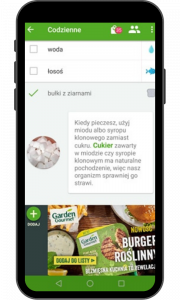 The Vegetarian Butcher products are directed not only to vegetarians and vegans, but also to meat lovers, because they reflect the structure and taste of the original meat dishes. It’s no wonder that the brand’s slogan is “We reinvented meat”. 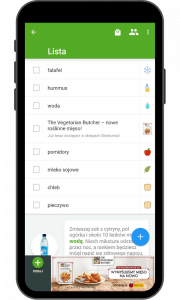 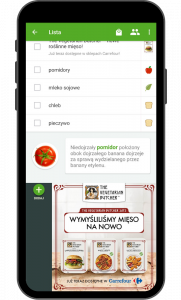 Meat production undoubtedly has many environmental consequences, which is why so many of us – not necessarily just vegans and vegetarians – are increasingly turning to plant-based dairy and meat substitutes. Demand for these product groups will grow as the public becomes more environmentally conscious. In other words, seitan is not so black as it is grilled 🙂