A Few Words About Listonic Ads Cooperation with Retail Chains

Shopper marketing is an extremely effective way to reach customers at the most important point in the shopping process – when they are planning their purchases.

Appropriate optimization of campaigns carried out not only on shopping lists in the Listonic app, but also in store flyers collected by our partner – Moja Gazetka, allows you to effectively reach your key customers and significantly influence sales results. We believe this is why 3 retail chains, Aldi, Netto and E’leclerc, have already trusted us with multiple ongoing campaigns.

Retail chain E’leclerc has been working with Listonic Ads since December 2020. E’leclerc wants to attract customers to their chain’s stores, as well as to increase sales of the advertised products. The network decided to place its advertising creatives in the Listonic app using add-to-list (ATL) banner format, which gives the users the possibility to automatically add an advertised product to the shopping list after tapping on the plus button placed on it. It is a well-thought-out strategy that not only increases users’ interest in the advertised products but also makes them aware of where they can buy these products. In this way, advertising in the Listonic app helps to direct users who create shopping lists to E’leclerc stores.

Examples of implementation of recent campaigns: 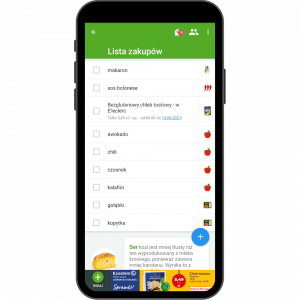 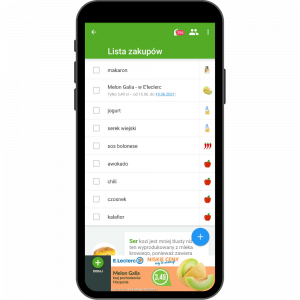 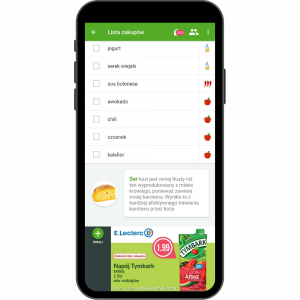 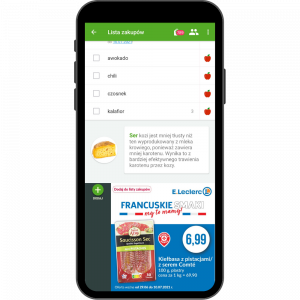 Adoption of such a strategy and use of ATL banners in campaigns guarantees increased recognition of the E’leclerc network, ensures informing users about the latest promotions in an unconventional way, and most of all, enables our analysts to measure the effectiveness of the campaign in many aspects.

The biggest advantages of using the ATL banner in campaigns:

After the latest 42-days-long campaign in the Listonic app, our analysts recorded a 4.44% increase in E’leclerc’s share in the shopping list retailer category. Moreover, during this campaign, the average monthly number of product additions in the E’leclerc network distribution increased almost 60 times and the estimated ROI exceeded the value of the advertising campaign by more than 5 times. We’re happy that the promotional activities undertaken within the cooperation between E’leclerc and Listonic Ads made it possible to achieve the specified objectives.

We have been pursuing marketing objectives with Netto since Easter 2021. After the successful Easter promotion campaign, we decided to continue using the advertising possibilities of the Moja Gazetka application. Netto campaigns are realized with the use of such advertising formats as banners and ad inserts, which makes it possible for the network to position itself against the competition. The tactic adopted by Netto is to promote itself where the competition does. Users of the app see Netto advertising creatives while browsing promotional newspapers of other retail chains. In this way, they can compare the promotional offers of other chains with Netto’s offer.

An example of such an action is the promotion of barbecue offer run in spring: 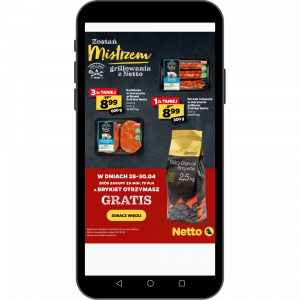 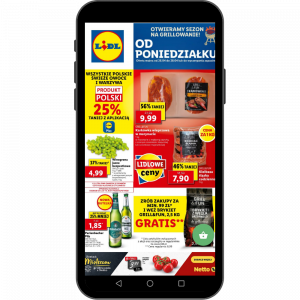 The biggest advantages of using formats such as banner and ad insert:

The banner in the Moja Gazetka app appears at the bottom of pages and is displayed when scrolling from a few to several pages of promotional newspapers. Its viewability usually lasts from 7 to 11 seconds, which influences the memorability of the creative, the advertisement fights for the user’s interest for a longer time, and also generates higher CTRs.


Ad insert is a format with a strong image effect, it has native features and users identify it with the newspaper page.

The combination of these two formats guarantees a promotion that is not perceived as tiresome or aggressive. Netto in cooperation with Listonic cleverly uses properties of formats available in Moja Gazetka, which certainly help to realize the tactics of action adopted by the chain.

Aldi is the retail chain that has been working with Listonic the longest – since February 2020. In its campaigns, it uses advertising formats available in both Listonic and Moja Gazetka apps. The marketing objective of the Aldi store chain is to build brand awareness and direct the user to the newspapers on the Aldi website.

The chain advertises in Moja Gazetka using ad insert and banner formats, it also places its creatives on a tile format. Aldi chain ads feature everything from potato promotions to sandals and slides. The variety of products ensures that the network reaches a wide audience. 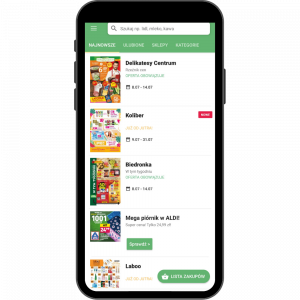 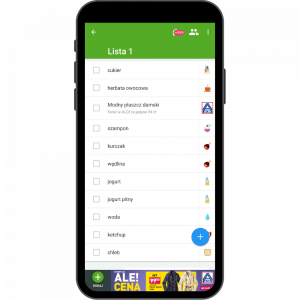 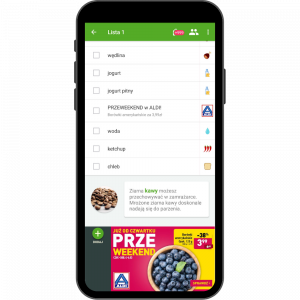 Advantages of using the tile format in a campaign:

The use of all advertising formats available in the app makes Aldi effectively reach the users who create shopping lists, as well as those who browse promotional magazines out of curiosity. Promotional activities undertaken by the retail chain bring the expected results, which is proved by continuous cooperation with Listonic Ads for many months.

Shopper marketing is great for promoting retail chains. Want to direct app users to your chain’s stores? Or maybe your goal is to position yourself against your competitors? No matter what tactics you choose – Listonic Ads will help you to achieve your goals effectively. Careful use of advertising formats available in both Listonic and Moja Gazetka is the key to success!