What yoghurts do Poles buy most often?

We analyzed Polish shopping lists over the 12 months from July 2013 to June 2014. In the analysis, we took into account not only yogurt brands, but also types and a variety of flavors. The yogurt brands that appear most frequently on shopping lists are Danio, Danonki and Monte.

Danone dominates shopping lists. Zott and Monte are right behind, while Bakoma with its Bakuś product line is the leader in the children’s category. Purchases of private label yoghurts from retail chains, such as Tola or Pilos, are very rarely planned, so they were not included in our list.

Which yoghurt brands appear most often on Polish shopping lists?

The TOP 5 brands that most often appear on shopping lists are:

Right behind them is the similarly popular Bakuś. 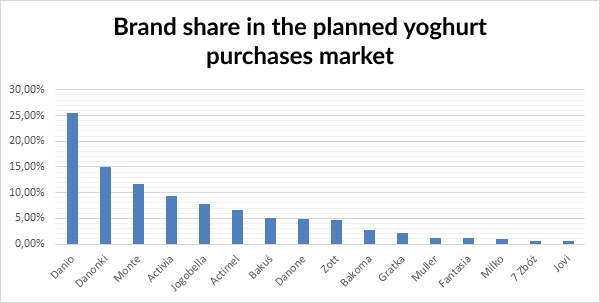 Most popular yoghurt and cheese brands on shopping lists

Who is in lead?

Danone is the clear leader among yoghurt producers. Its market share is as high as 65%! It is followed by Zott with 24% and Bakoma, whose share is 8%. 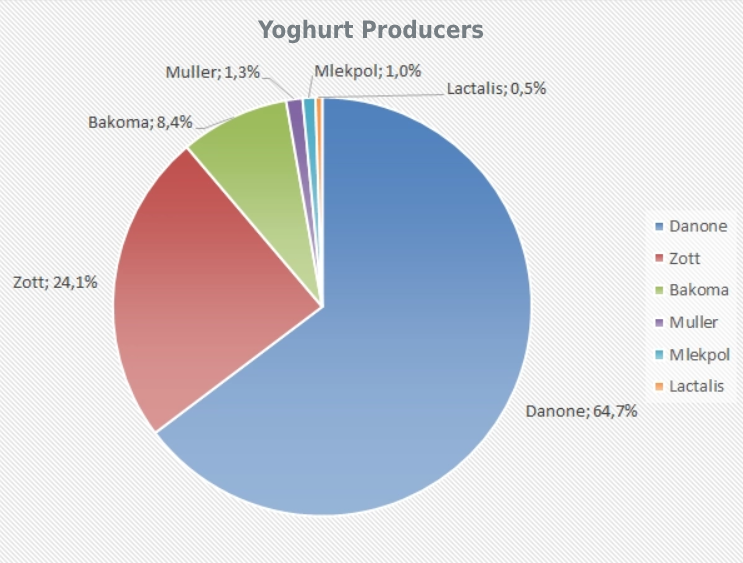 Share of brands of individual producers on shopping lists

Changes in popularity of yoghurt brands

Over the year, there were no major changes in the share of individual yogurt brands on shopping lists. The overall amount of planned yogurt purchases decreases in December and April (Christmas and Easter). The best season for yogurt is spring. 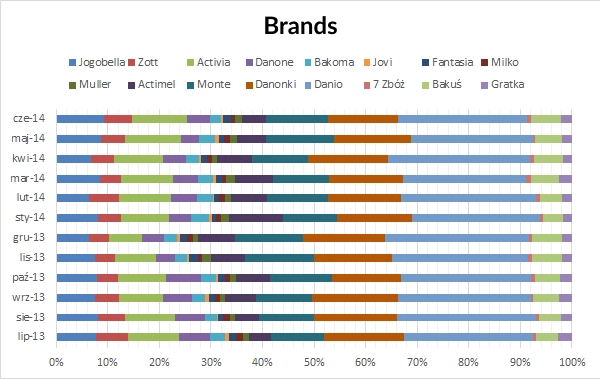 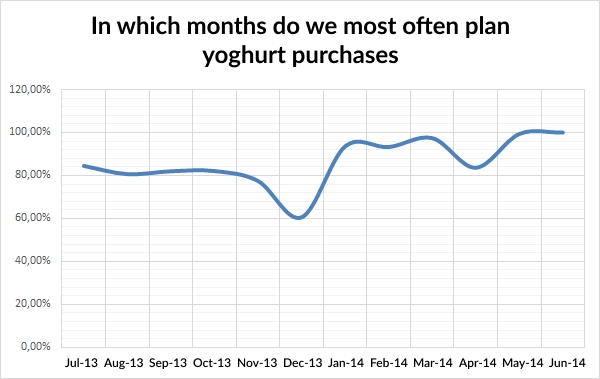 What types of yogurt do we choose most often?

We also checked how light, Greek and Balkan yogurts are doing. It turns out that light yogurts, although not very popular, are bought more often during holiday months. Goat yoghurts are as popular as light yoghurts, but during the study period, their peak in popularity is the autumn months.

If a Pole buys a non-standard yogurt, it is usually Greek or drinking yogurt. 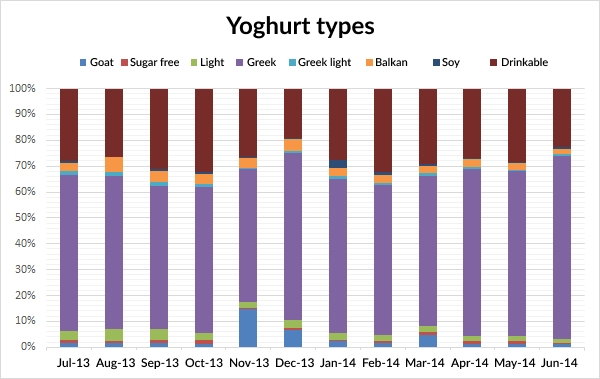 Popularity of different types of yoghurt on shopping lists

When it comes to flavors Poles usually choose natural yoghurts. When they don’t care about a particular flavor, they type in “fruit yogurt”. However, when they want to choose a specific flavor of fruit yogurt, they usually choose strawberry. 🙂